Cody Wayne got his start in entertainment as a United States Marine stationed overseas in Iwakumi, Japan. He learned to play the guitar from his roommate, Ryan Turnipseed, on his off time. Singing had always come naturally to Cody, but he discovered a latent songwriting talent while entertaining his comrades in the Corps. Cody’s songs are heartfelt and reminiscent of his deep country roots in East Texas, the place he still calls home.

“A full-blown country-red dirt-high energy concert. Cody and his band raise the bar and bring a party with every song. Cody is wildly talented, energetic, and thrives on entertaining crowds of all ages.” 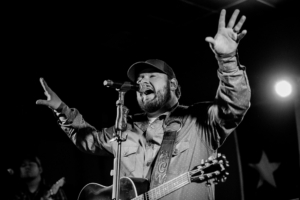