For most independent music artists, a bold statement like this could easily be waved off as a “head in the clouds” sentiment from a young and naive dreamer, but from Houston native Josh Ward, it just so happens to be a bona fide fact. Since the release of both his second studio album “Promises” and his latest studio album “Holding Me Together,” Josh has amassed seven consecutive #1hits on the Texas Regional Radio Chart over two solid years and counting, distinguishing him as a new generation heavy weight champion of old school country music. Through tenacity and hard work Josh has grown into one of the most respected and appreciated musicians in the state. A well versed songsmith with a hauntingly traditional voice, his honest and visceral delivery of every song compels audiences to feel his lyrics with him as he takes them on his musical journey. Fellow songwriter Mike Ethan Messick once said of Josh, “Josh Ward sings like Mike Tyson hits hard.”

“I have that disease where I think every song has to be a hit. If it’s mediocre, I won’t do it.” – Josh Ward

The Josh Ward band is: 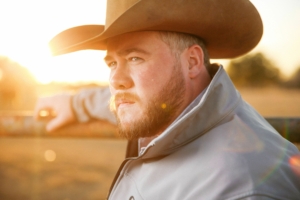